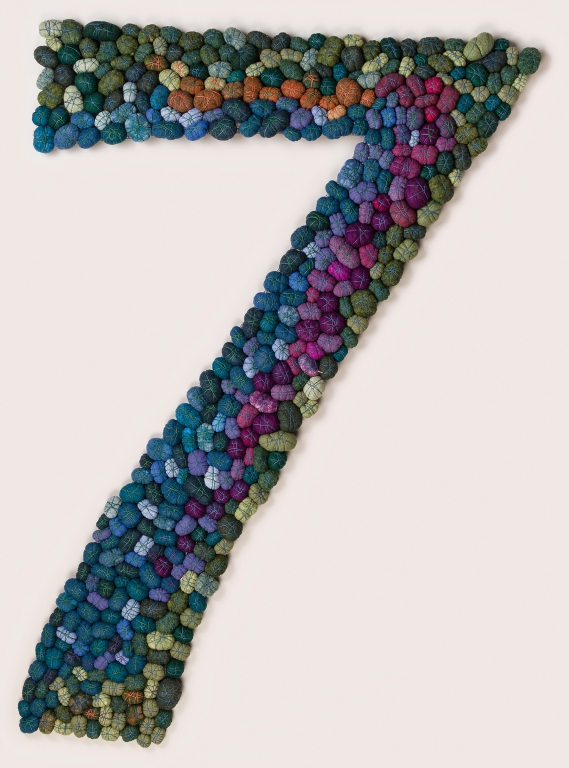 Oftentimes when I’m making a work it transitions from my original intent. Sometimes this is a good thing but often my first inclination was the best. This is the case with a work entitle Seven which I have just added to my website. It started as a large 7 shape with predominately green rock shapes along one side and blue on the other with more colors added through the middle. The inspiration behind this is the balance of land mass to water which is changing due to global warming. The seven continents are growing larger at an expanding rate.

After I completed the work I turned it on my design wall and decided to present it as a left-handed check mark which symbolized the 10 percent of the population who are left handed and was a metaphor for the segment of the population who aren’t a part of the larger societal groups who lead the direction. At the moment that seems out of balance with the polarization within our country. It is still a good metaphor but I decided that I much preferred my original intent for the piece and have reclaimed the title and the position as a large Seven. 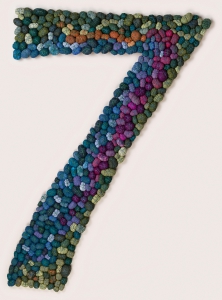 Supporting Oklahoma’s contemporary craft artists by connecting them to audiences and opportunities through education, recognition and exhibition programs.

Promotes appreciation of all aspects of fiber art. 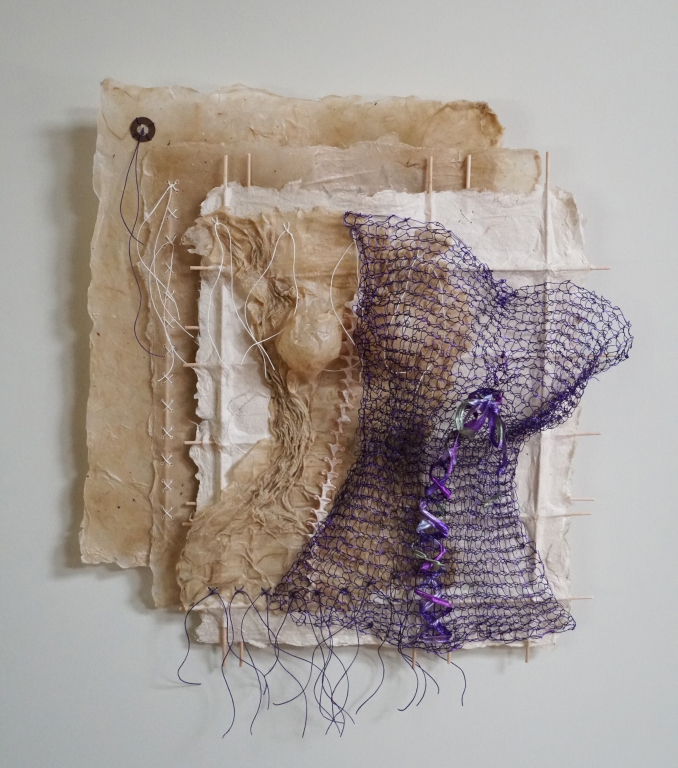 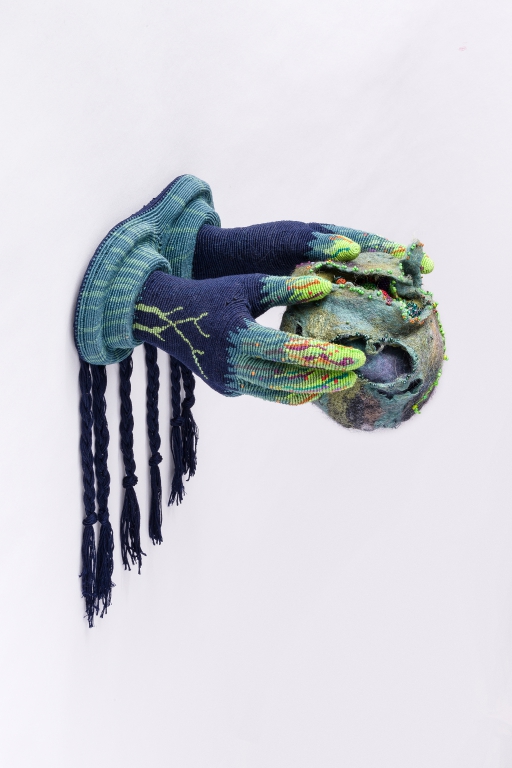 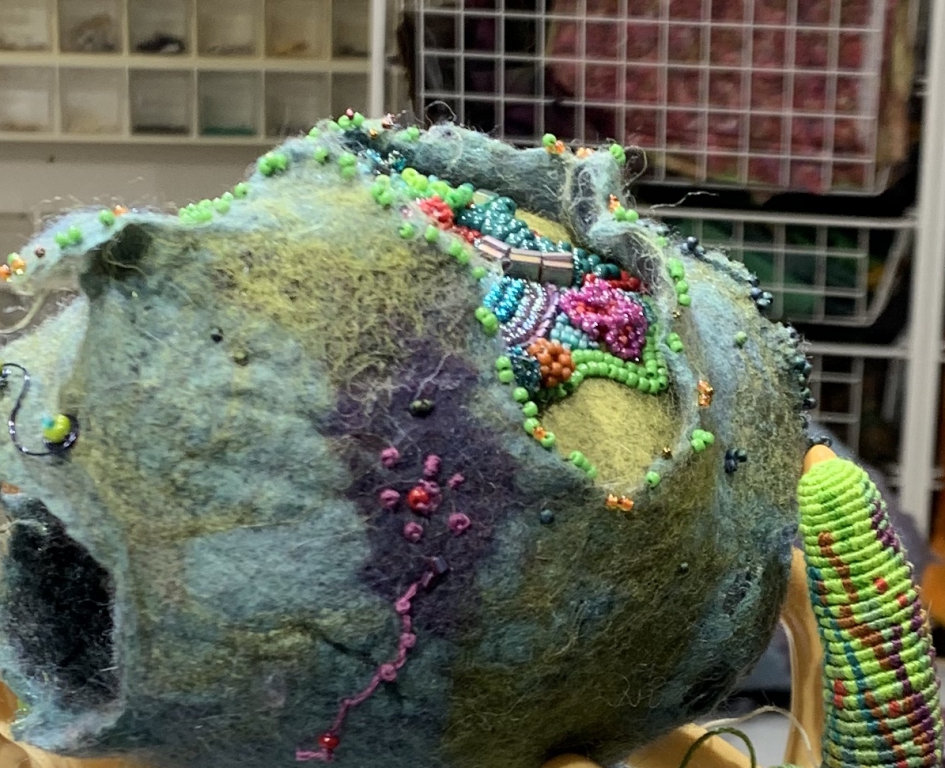 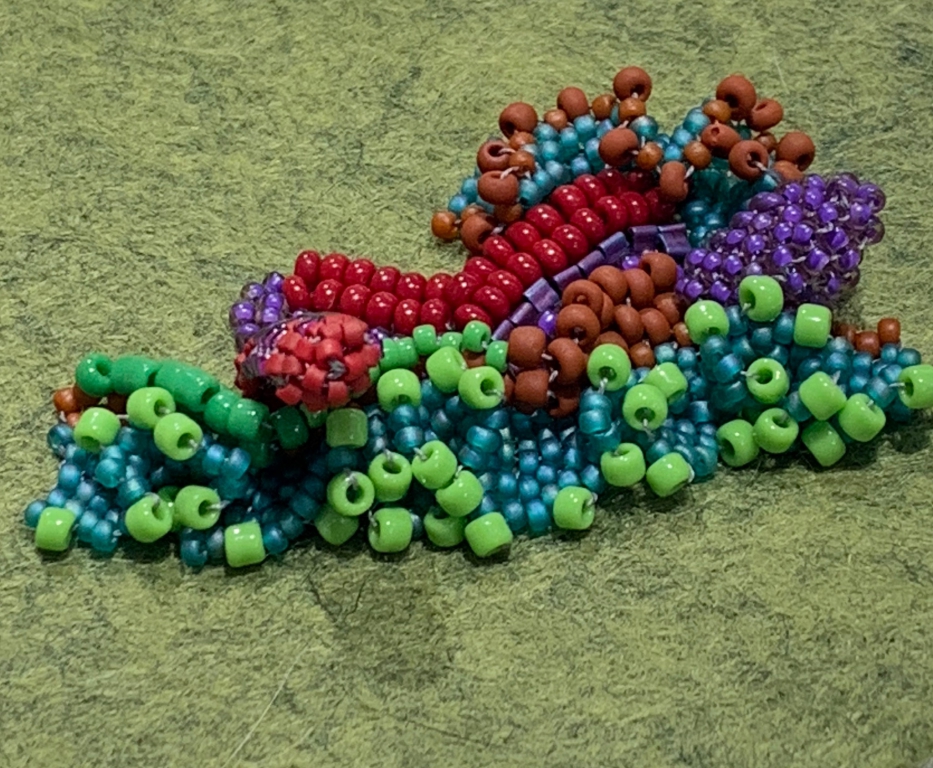 This week in my studio 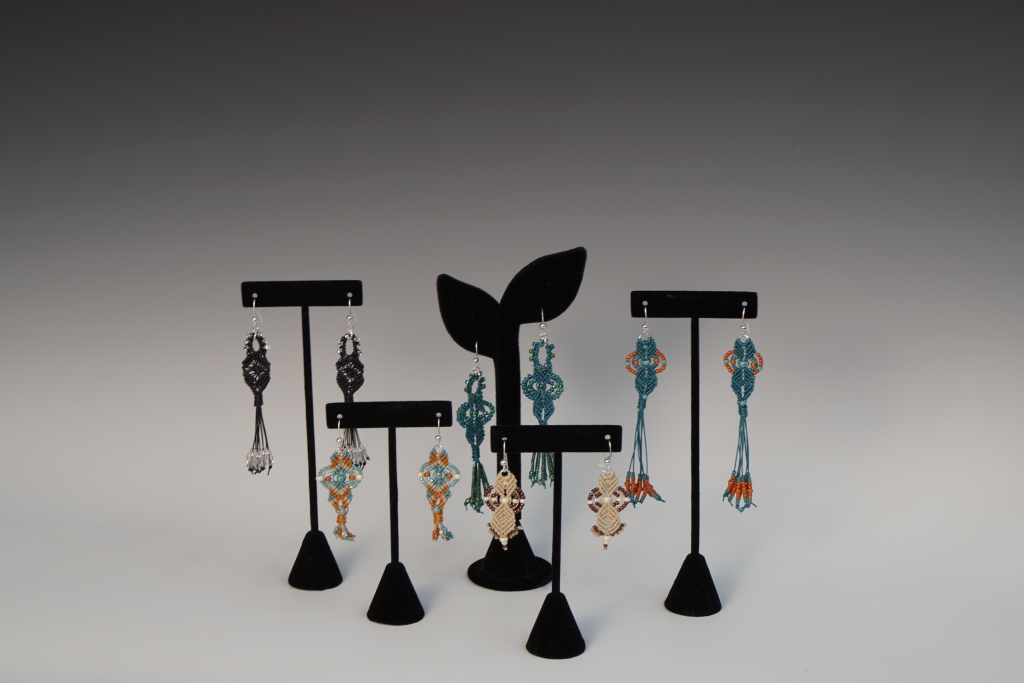 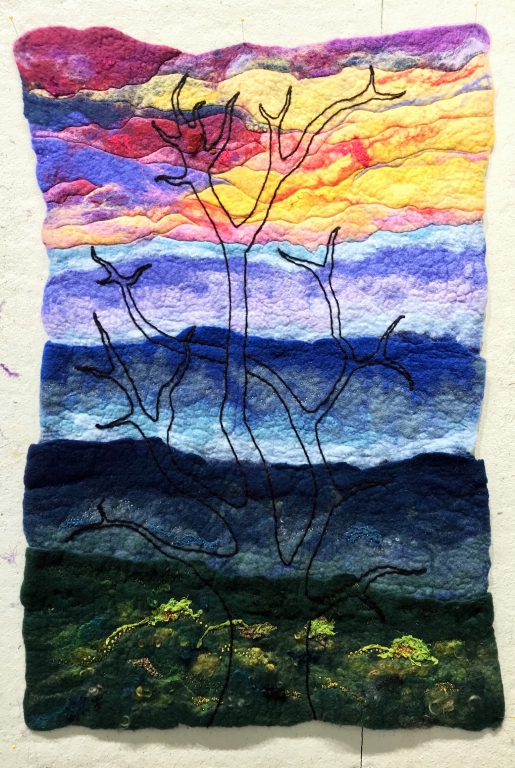 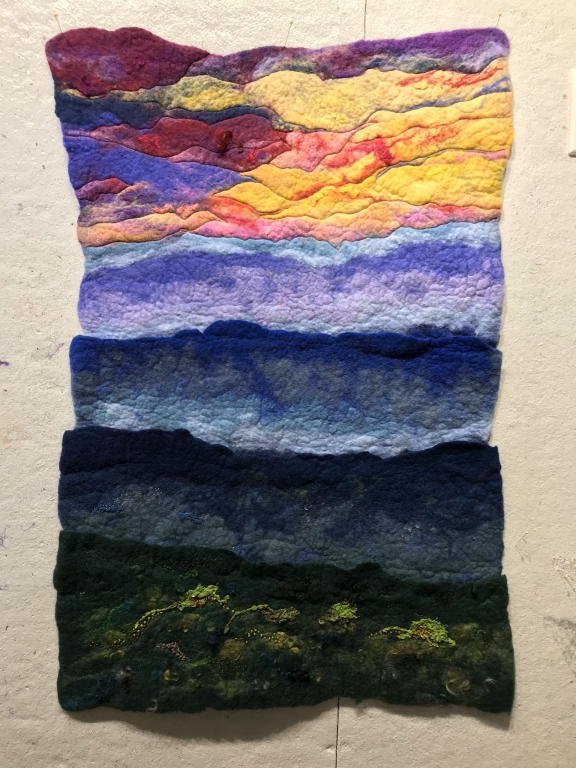 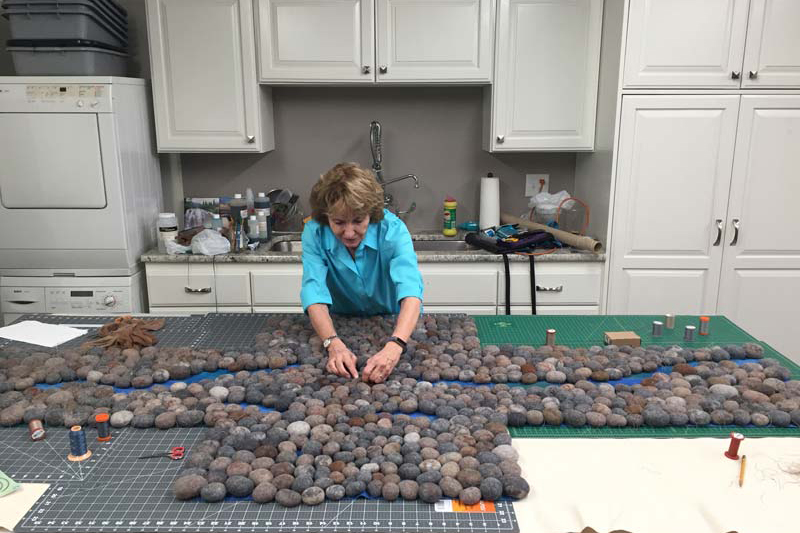 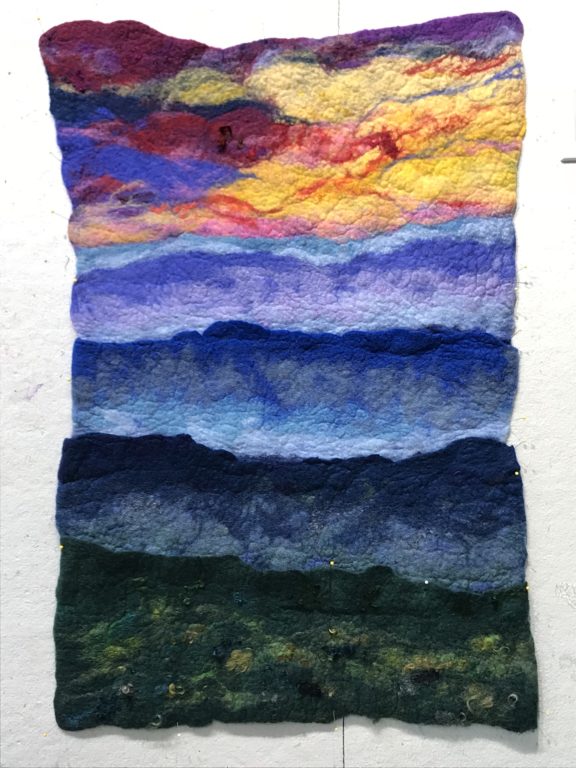 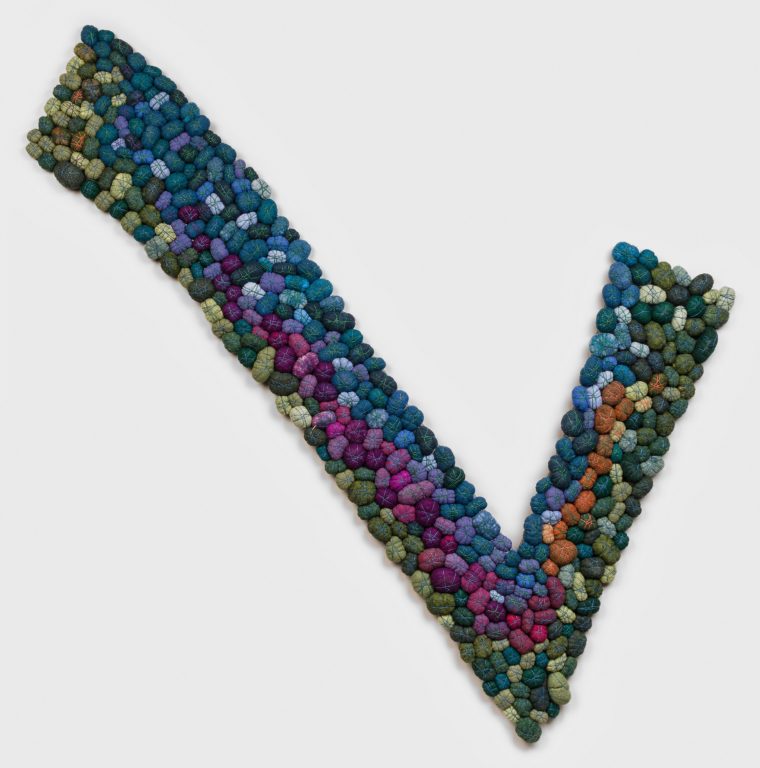 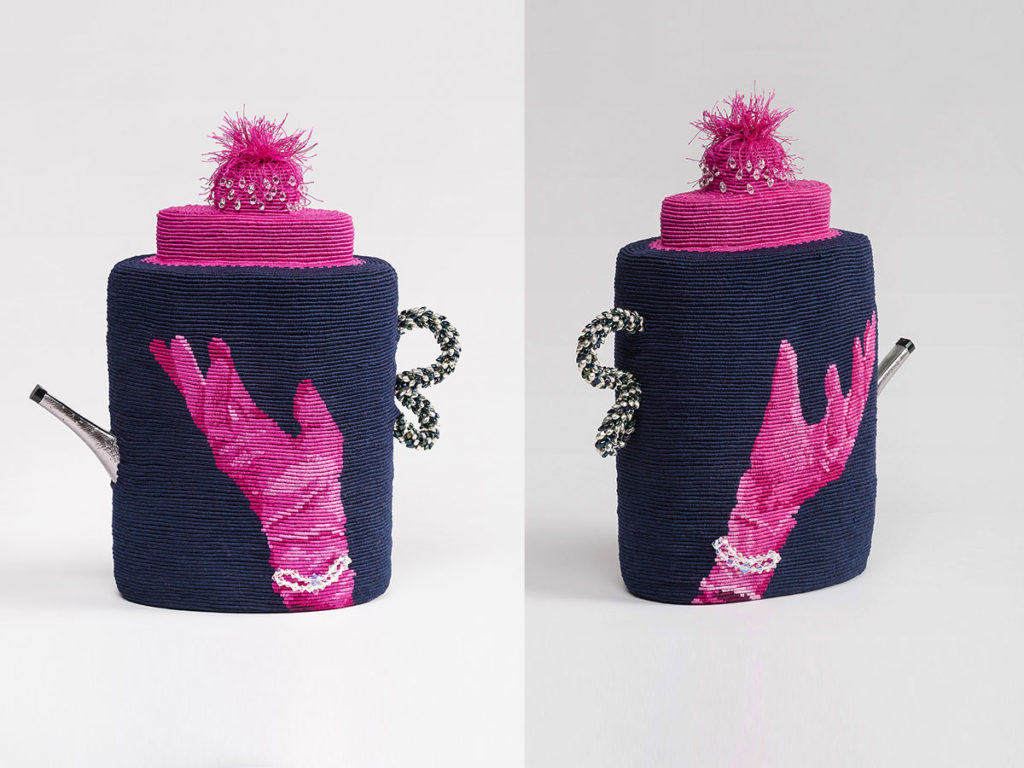 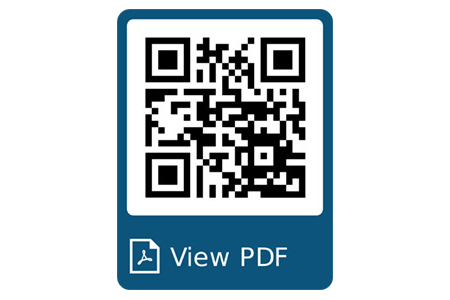 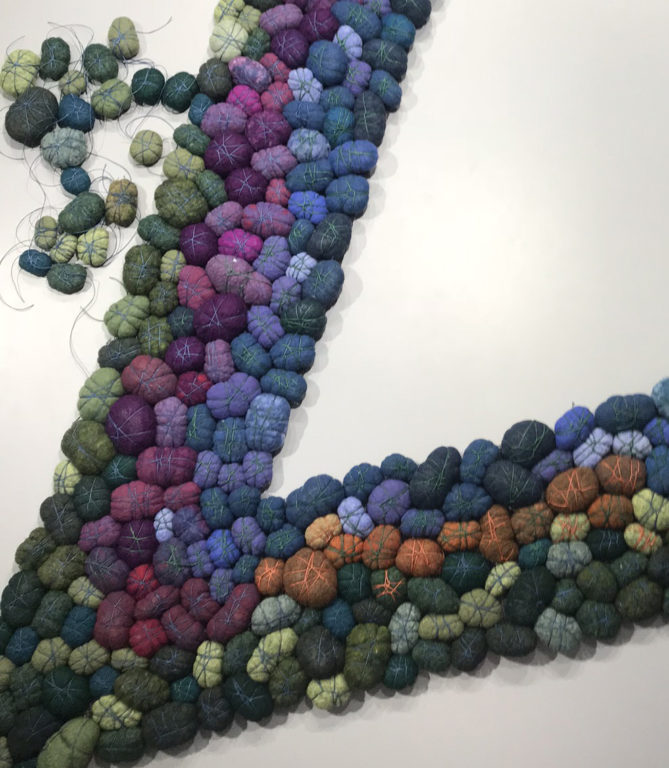